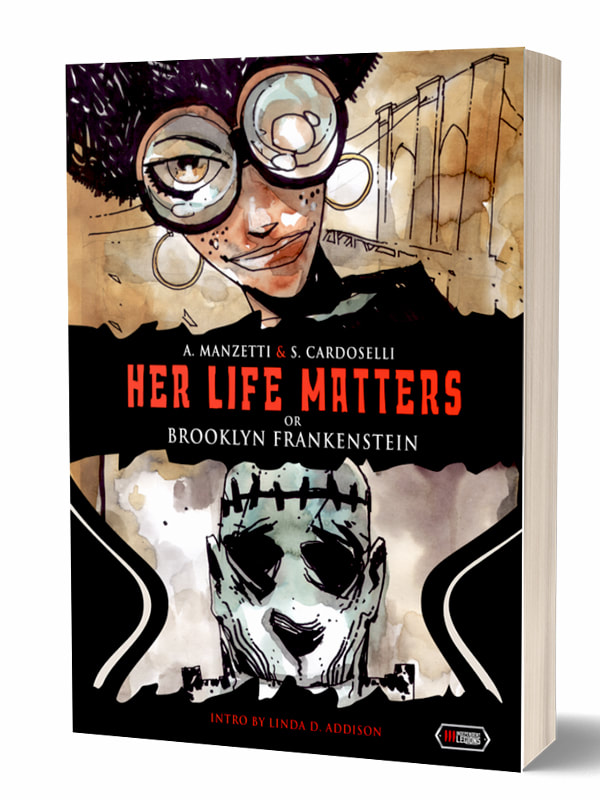 Doctor Jamaica Foxy is a brilliant and successful scientist. In her laboratory she created Frankie, an eight feet tall kind-hearted giant. She taught him everything, taking care of him like a mom. Because of his appearance, Frankie has only one friend, the clever thirteen-year-old girl Mary Shelley. His small world is enough for him. He likes his routines: eating chocolate cookies and fried eggs, playing Pong with Mary, listening to Coltrane, watching baseball on television, taking walks with the Doctor, and sleeping late.But one morning after breakfast, Doctor Foxy mysteriously disappears after leaving home to do simple errands. Desperate, Frankie runs to look for her, following her scent on the streets. Brooklyn in the 1970s is not a good place with a killer called the Son of Sam leaving a trail of dead bodies behind him and a gang of white supremacists making life hell for black people throughout the neighborhood.What happened to Doctor Foxy? When Frankie discovers the truth, the kind-hearted giant turns into a killing machine. He wants to avenge his mom at all costs.

From Linda D. Addison's Introduction: "Her Life Matters ask you to consider many questions, besides the obvious one that inspired the title. What makes a living being human and what makes it a monster? Allow this remarkable book to entertain and disturb you."