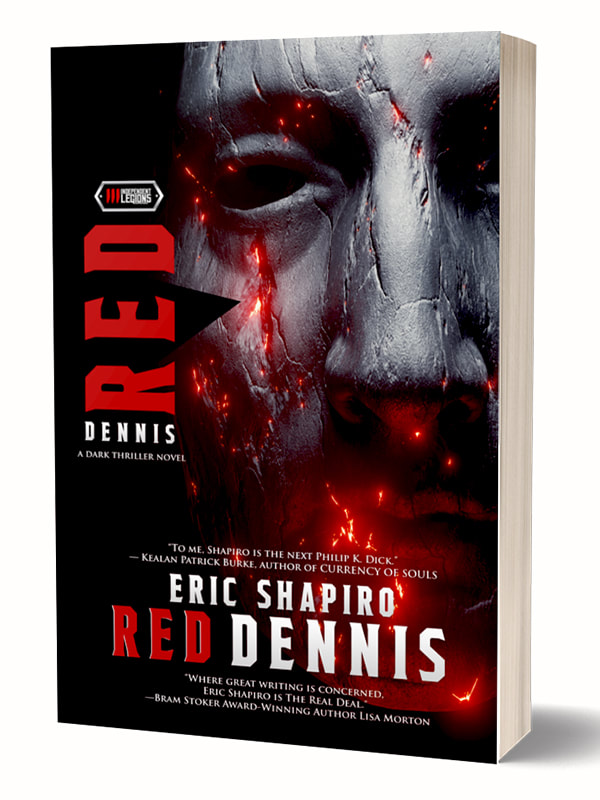 Dennis Fordham has it all: the wife, the kids, the established small business. And yet...he's slipping. Something's changing in his mindset. He's regretting all the chances that he never took. And he's getting a bad itch to visit illicit massage parlors. Even worse: he’s also starting to talk kind of funny. Only it's not a joke— his strange words terrify his dental hygienist, who tells his whole Northern California community that he harassed her. When Dennis tries to push back, he's met with intense resistance. Which is when his troubling thoughts turn into violent ones...

A story of red rage, red madness, and a bright red, all-American, hyper-masculine psycho, RED DENNIS gives us a man on the edge, then invites us to follow him down into the abyss

"To me, Shapiro is the next Philip K. Dick. He's got the same intelligent voice, vivid characterization, and the absolutely crucial awareness of all that is wrong with humankind."

"I first read Eric Shapiro in 2005, when his novella IT'S ONLY TEMPORARY made me think, This guy is gooooooooood. Since then, I've read everything he's put out and he hasn't let me down yet. Nobody does 'WTF?!' better, but Eric's work is also smart, richly observed, and oh-so-human. Where great writing is concerned, Eric Shapiro is The Real Deal."