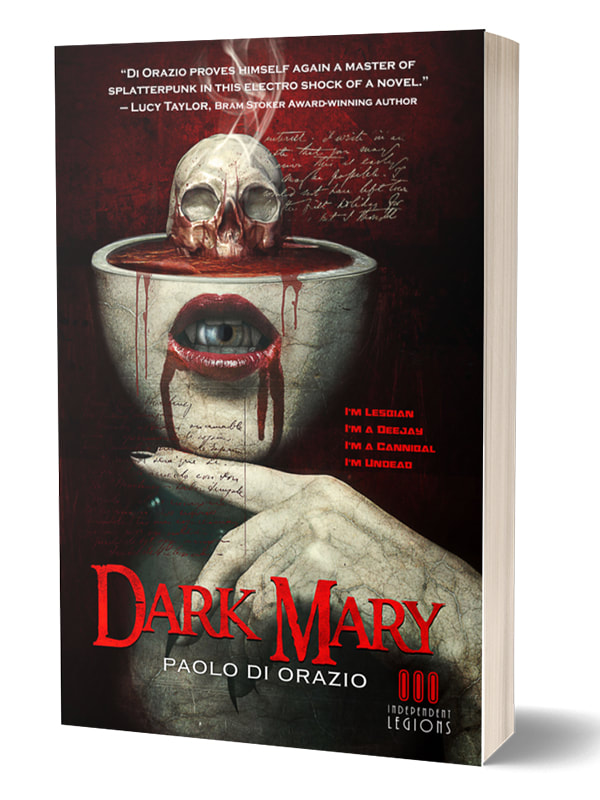 Young bodies are piling in Rome. Far from ordinary, the victims have a few things in common: having listened to certain music prior to being chased, mauled, and partially eaten in overgrown areas along the Tiber and Aniene riverbanks. Days or weeks later, and elsewhere, their brains expand, their skulls bursting, the bone solidity compromised by several drilled holes. Alfredo Vanacura, a hypochondriac Carabinieri Corps ex-Marshal, is called back from retirement to investigate. How does the case connect with petite, white-snake-wearing Dark Mary, the most powerful hard-rock DJ Rome has ever seen? Her secret is either sepulchral charisma, or something else entirely. Dark Mary has become ever-more popular, people worship her. And Martyna, her necrophotographer lover, her mortal enemy, is sick to the bone with jealousy, or maybe something more savage. Meanwhile, Father Sebastiano, a pale and sickly priest with porphyria, coughs up a mysterious black clay every time he performs last rites. He hides something beneath his church, in the bowels of Rome… Paths and destinies crisscross, inevitably impacting each another in an extreme, decadent, virulent tale of terminal love.